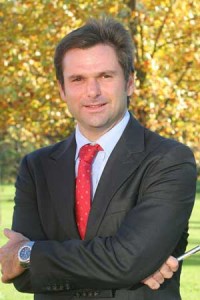 O'Malley is a Milan-based international corporate and securities lawyer, dual qualified as an attorney both in the United States and in England and Wales, who serves a primarily European client base. He is an adjunct professor in comparative law matters at Bocconi University in Milan, Italy; the University of Navarra in Pamplona, Spain; the France Business School in Brest, France; and ESADE in Barcelona, Spain. O'Malley also teaches at a dozen other universities (including Salve Regina and Providence College), companies and professional legal/business training organizations around Europe and the U.S., and occasionally in Africa and Central Asia. Most of O'Malley's courses cover comparative United States-European Union corporate and securities law issues, as well as other comparative law topics (including contracts law/drafting and occasionally others, such as antitrust). He has focused especially on issues of international corporate governance, transparency and global efforts to combat corporate corruption/bribery. He speaks fluent Italian, Spanish, French and Portuguese. O'Malley is a graduate of Providence College, the Graduate Institute of International and Development Studies and Boston College Law School. He is currently a candidate for a European doctorate in law.